The DAMQG started a tradition of “Pay it Forward”. A member who has gone above and beyond working with and for the guild is selected. Members secretly contribute to fill a tin (usually to overflowing) and present it to the “Pay it Forward” recipient. (I foresee all the members will be recipients as some point.) This month’s recipient is Barb DeVilbiss. Barb long arm quilts all of our charity quilts and because we have such a giving group she is probably doing one at least once a month. Thanks, Barb.

We had a special guest this month – 1 month old Henry O’Malley. Congrats to our Treasurer, Amanda, on her bundle of joy.

The guild had a charm pack exchange. Here are some of the goodies resulting from the exchange-

We welcomed 2 new members and had 2 guests.

The next sew in is being planned for June 7th.

The guild will be participating in a pillow swap with the Tulsa, Ok guild later this year. Look for pictures in a future post.

The hand sewing group “Mod Squad” meets the 3rd Tuesday of the month at Panera on Telegraph/12 Mile.

April’s blocks for #thatDAMcharitybee were turned in –

Name tags are due at the June meeting for those that are participating in the Name Tag Swap.

A retreat is being planned at Creative Passions in September 2015, a few spots are left, see Nancy. We will also have a retreat being planned for April 2016, see Donna A. for details.

And Show and Tell – 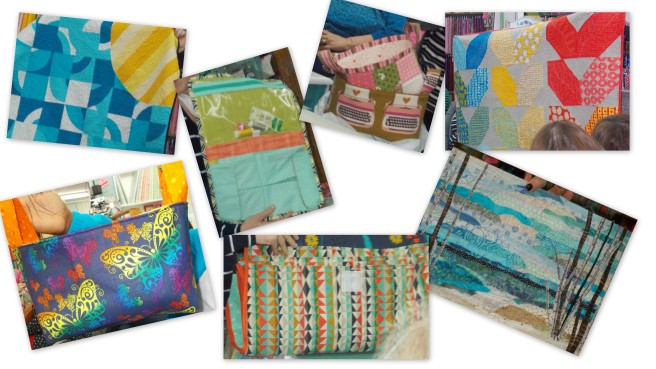 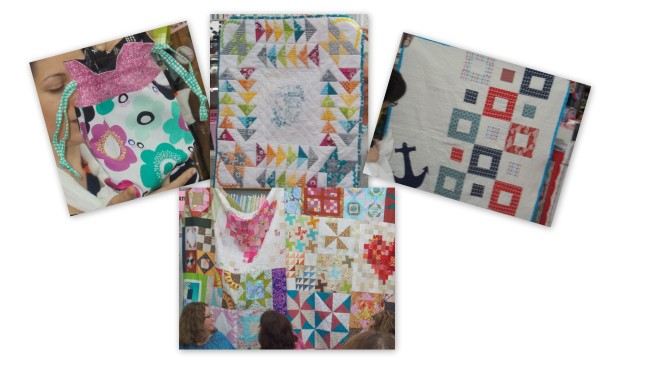 Published by The Craft Divas

View all posts by The Craft Divas

The DAMQG typically meets the 1st Tuesday of every month unless otherwise noted.

Location:
Due to Covid-19, we are currently meeting on Zoom. Guests may attend one meeting for free (if there is a speaker, there will be a charge). Please email damqgboard@gmail.com for more information.